Dan Crary is one of the elite few flatpick guitar players who has earned true “legendary” status. His distinctive playing style and intense power have made him stand out from the crowd for decades. The multiple awards and credits he has garnered over the years attest to Dan’s recognized status as a master of his chosen instrument.  From his early days with the groundbreaking Bluegrass Alliance, to the stunningly creative BCH trio with Byron Berline and John Hickman, to the multi award winning band California to his new sound fusion ensemble DAN CRARY and THUNDERATION, the amazing music just keeps flowing through Dan’s muscular pick and sonorous voice.

To learn more about Dan Crary, check out his website.

A life of music began early for Steve Spurgin, starting with lessons in classical piano at age five, moving on to French horn and choral training in school. The performing bug bit in the early 60’s when Steve picked up a folk guitar and started entertaining his school mates with the songs of his heroes like Bob Dylan and Gordon Lightfoot In the summer of 1965, fresh out of high school, the first paying job in music came along and Spurgin launched a professional career that has touched on five decades and entered a new century.

To learn more about Steve Spurgin, check out his website.

John is our most recent discovery. He’s an old soul. Whether he’s singing about an 1850s gold mining camp, a 1930s aviatrix, a long-abandoned roadside motel, you get the feeling he was there. When John sings about an omelet, you want one. That should come as no surprise, for he wrote every song featured in “Hangtown Fry.” Their descriptive lyrics came from inside his head, and their historical detail came from his extensive research (unless he really was there). Not only did John write all the songs, but he sang all the leads, all the harmonies, and he played all the instruments. All of that, and yet John Malcolm Penn is one of the most mellow, kind people you’ll ever meet.

To learn more about John Malcolm Penn, check out his website. 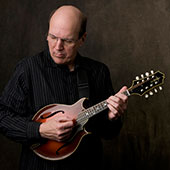 Don has been a full-time professional musician for decades. Though he frequently records and performs in Chicago, he also headlines mandolin festivals around the globe. Don is universally regarded asthe disciple of master jazz mandolinist Jethro Burns (hear him duet with Jethro on Swing Low, Sweet Mandolin and Bye Bye Blues, Burns’ final two recordings on David Grisman’s Acoustic Disc label.  Don also plays guitar, fiddle, tenor banjo, and hits the occasional vocal part.  He has played on more than 50 CD’s, including several as producer. Highlights from this list include seven critically acclaimed Blue Night Records releases. Don has shared the stage with such luminaries as Chet Atkins, Steve Goodman, and The Newgrass Revival. More recently, he has performed with Chicago jazz violinist Johnny Frigo, Texas Playboy legend Johnny Gimble, and with the Chicago Symphony Orchestra at Carnegie Hall.

“To learn more about Don Stiernberg, check out his website.

John currently leads The John Carlini Quartet, is a principal member of Stiernberg & Carlini, writes a column for Flatpicking Guitar Magazine; and serves as an instructor for various guitar workshops & festivals.  His recording accolades are many.  The list includes (1) “River Suite for Two Guitars” with the legendary Tony Rice; (2) “The Game’s Afoot” with the John Carlini Quartet; (3) the Grammy nominated “Dawg 90” with the David Grisman Quintet; (4) “A Christmas Gift” with vocalist Bill Robinson; (5) “Reflections” with Butch Baldassari; (6) “Angel Eyes” with Don Stiernberg; (6) “By George” with Don Stiernberg; and most recently, (7) “Further Adventures,” John’s first solo outing.

John Carlini is one of the architects of the new acoustic music genre.  In fact, you could argue convincingly that he and Tony Rice “invented new acoustic guitar.” (Bluegrass UnlimitedMagazine).  He has contributed significantly to our American musical heritage, he is an important part of today’s acoustic jazz scene, and we are very proud to bring him to you as a Blue Night Records artist.

To learn more about John Carlini, check out his website.

Rusty is a teacher, performer, recording artist, and full-time faculty member at the University of Tennessee Knoxville School of Music. He is equally adept at playing in the classical, jazz, swing, bluegrass, and several other musical genres. Rusty is an active clinician in improvisation and rhythm section technique, and gives master classes in orchestral and solo bass performance. Though he doesn’t wear it on his sleeve, Rusty has performed with such leading jazz artists as Woody Herman, Dizzy Gillespie, Clark Terry, Zoot Sims, Joe Lovano, Sarah Vaughn, Joe Williams, and Stan Getz. He has also performed in shows with Bob Hope, Pete Barbutti, Della Reese, Liza Minelli, and Jerry Lewis. Beyond his musicality, Rusty’s warmth, humanity and sense of humor make him just plain fun to be around.

Jeff is among the few guitarists who can play many musical styles (jazz, bluegrass, country, etc.) with an authenticity seldom heard. For example, he is a regular flatpicking instructor at Steve Kaufman’s Acoustic Kamps and has written a seminal book on approaches to playing and understanding jazz: The Five Situations in Jazz. Jeff began playing guitar at age nine, and since then has appeared on stage with Chris Newman, John Goldie, Steve Kaufman, Jens Kruger, and, of course, Don Stiernberg and Rusty Holloway. His tasteful, emotional touch and chordal style on the guitar are assets to any musical ensemble.

To learn more about Jeff Jenkins, check out his website.

Jim grew up in Champaign, Ill., where he attended the University of Illinois and earned a Bachelor’s degree in Music Performance on the double bass. Upon graduating he toured with Earl “Fatha” Hines for three years, then settled in Chicago, where he has since worked full-time in the music industry. Jim has performed with numerous notable jazz artists, including Judy Roberts, Red Rodney, Randy Brecker, Louie Bellson, Rosemary Clooney, and Eliane Elias. For the last five years he has been working regularly with famed pianist Marian McPartland. Jim’s extensive discography includes projects across a wide range of musical styles: jazz, bluegrass, klezmer, folk, and New Age. He teaches string bass at three Chicago area colleges as well. Jim Cox is a solid, inventive bass player, and we eagerly anticipate his contributions to many more Blue Night releases.

Curt, like so many of Chicago’s finest jazz musicians, also studied at the University of Illinois. He maintains a rigorous musical schedule in Chicago, playing with The Don Cagen Orchestra, with his own rock group The Saltines, and with a host of additional musical talents. Curt writes jingle and soundtrack music. He shares his knowledge and expertise with several guitar students as well. In addition to his soulful guitar solos and complex textural backup, Curt’s impressions and wacky jokes make any recording studio a fun place to be. Blue Night Records is proud to present the jazz guitar of Curt Morrison.

Kevin has been a mainstay at Woodside Ave. studios for many years, helping rhythm sections coalesce. Amazingly adept at a wide range of styles, from swing jazz to electronic drum programming, Kevin has appeared on CD’s by Cynthia Barber, Eric Barnes, Michael Brandmeier, Jim Gill, Megan McDonough, Steve Rashid, and many others. He has also done several jingle and soundtrack dates (e.g., McDonalds, Bud Light, Oldsmobile, Sears, Quaker Oats, Starkist Tuna, and Weber Grills), many of which he wrote himself! Kevin is also the propietor of Kevin Connelley Drum Studio, where he imparts to young students (and professionals) the skills which have made him one of the most called upon musicians on the Chicago recording and performing scene.

Art is yet another University of Illinois jazz alumnus. During one tour of duty as a teaching assistant he even tutored a young Curt Morrison, making their appearance on this recording a reunion of sorts. Art’s academic credentials are surpassed by his reputation in the real world of jazz. He’s toured with Ray Charles and Frank Sinatra, and has appeared with such greats as Joe Williams, Nancy Wilson, Dizzy Gillespie, Natalie Cole, Clark Terry, Diane Shure, Rosemary Clooney, and Louie Bellson. Art has recorded with many well-known performers as well, and is trumpet player of choice for everything from traditional to mainstream to modern jazz gigs in Chicago.

Richie is the real deal. He is legendary on Chicago’s jazz scene, not only as a reed virtuoso, but as a guru and mentor as well. One evening on a bandstand the leader introduced a Nat King Cole arrangement. “Ah yes, Nat King Cole,” said Richie “my first big gig!” His credit list also includes Peggy Lee and countless other superstars of the jazz idiom. Richie sees the bright side of life. “We are the lucky ones” is just one of his famous sayings, a reference to the privileges and joys (as opposed to hardships and travails) of being a musician. Richie co-leads a quintet with trombonist Bill Porter at On Green Dolphin St. in Chicago, and is in constant demand for any gig or session involving sax, clarinet, or flute.

Russ was born to play the jazz trombone. He proudly carries the legacy of his father, Russ Phillips Sr., who played with Louis Armstrong. Russ leads his own Windy City All-Stars at Andy’s, one of Chicago’s most popular jazz venues. He also performs with The Ken Arlen Orchestra. Outside of Chicago, Russ has attracted a legion of fans on the jazz festival circuit, where he makes appearances as an All-Star or guest artist with musicians such as Howard Alden, Warren Vache, and Jake Hanna. Russ has also performed with Lionel Hampton, Doc Cheatham, and Buddy DeFranco. He is currently putting the finishing touches on a long awaited solo project.

Alejo brought his unique musical gifts from his birthplace in Costa Rica to Chicago more than two decades ago. A creative multi-instrumentalist, he has been known to play everthing from drum kit to tree branches. His energy has propelled hundreds of sessions, including work for such well known artists as James Brown, Aretha Franklin, Janet Jackson, Dr. John, Taj Mahal, and Dave Mason. Alejo has also performed with Benny Carter, Dizzy Gillespie, and Joe Williams, just to name a few. Alejo shares his knowledge of Latin rhythms with children in Chicago schools and with students in percussion clinics. His own band, Chevere, is a Latin jazz powerhouse that must be seen to be believed. When Alejo arrives at the studio, the rest of the cats, the engineer, and even the executive producer gather ’round wide-eyed as he unveils “the toys” his rich experience tells him will enhance the music.

Steve is a multifaceted individual. His skills as a trumpeter and bandleader are well documented on his quartet album “Together Again” on the Lake Shore Jazz label. He’s also an attorney, specializing in civil rights cases. Originally from New York (another town with a decent jazz scene), Steve studied at Julliard, the Manhattan School of Music, and Eastman School. The soloing skills he displayed on “About Time” were also cultivated in Steve’s musical family — his father plays guitar, his mother is a pianist and teacher, and his uncle played (of all things) the mandolin!